We have worked on over 30 Magento stores, not to mention extensions, internal systems and hack projects. Even as a team of 4, this amounts to a sizeable code base split over a number of repositories.

We use codebase for version control and issue tracking, which is a great service. However, it doesn't allow us to search all repositories. That damned line of "I remember writing something like that..." and then trying to remember what project it was on.

Being able to re-use code would not only be beneficial to save time on client projects, it would also give developers the opportunity to learn from each other.

Of course, the first thing we did was look around at all of the code snippets sites that were available but none of them rocked our world. Especially when it came to being able to create and share tickets within teams.

We thought two things at this point:

On Fridays we work on the Meanbee Foundry projects. This problem was a perfect candidate!

2 months later, we're ready to show you version one of getcode.io. It is a code snippet tool built for individuals and teams to track their snippets. 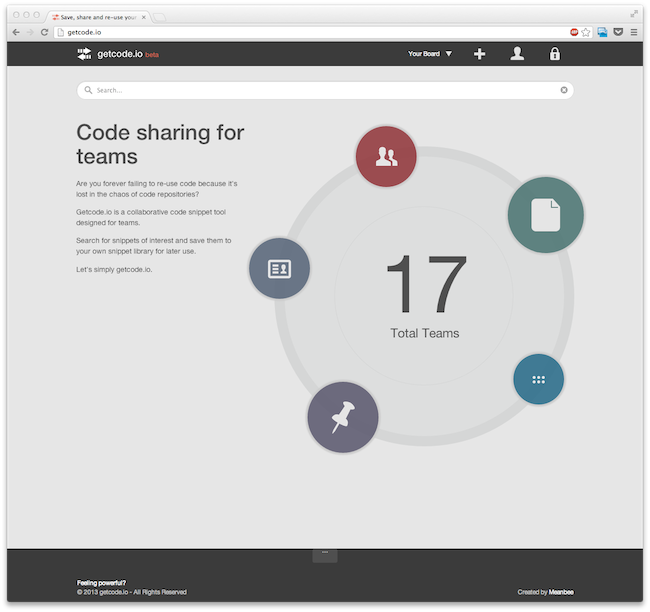