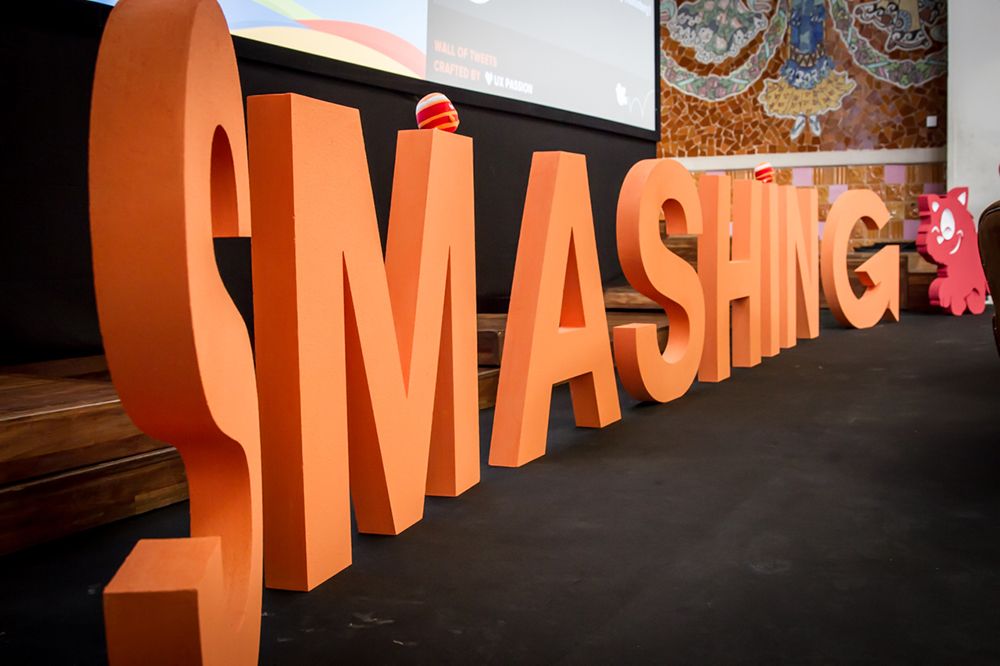 This year Smashing magazine hosted its conference in Barcelona for the first time and hopefully not the last. This beautiful sunny capital of Catalonia brought together many designers, developers and geeky people from all over the world. Not mentioning the line up of brilliant speakers coming to share their precious knowledge.

I joined the Smashing crew as volunteer and it was a great experience! It’s generally a good deal setting up the registration in the morning and helping out through the day in exchange of seeing lot of inspiring talks... I could not be happier! You also get to greet everyone personally on the first day, which breaks the ice in the future conversations.

Vitaly and his smashing team did an excellent job and I’m sure all of the attendees would agree. They have carefully thought about all of the tiny details, making this event remarkable experience. The conference was full of surprises, music, quizzes and prizes to be won... and of course the mystery speaker. They couldn't choose a better man! The venue was lovely spot too. The beautiful historical building of Palau de la musica. 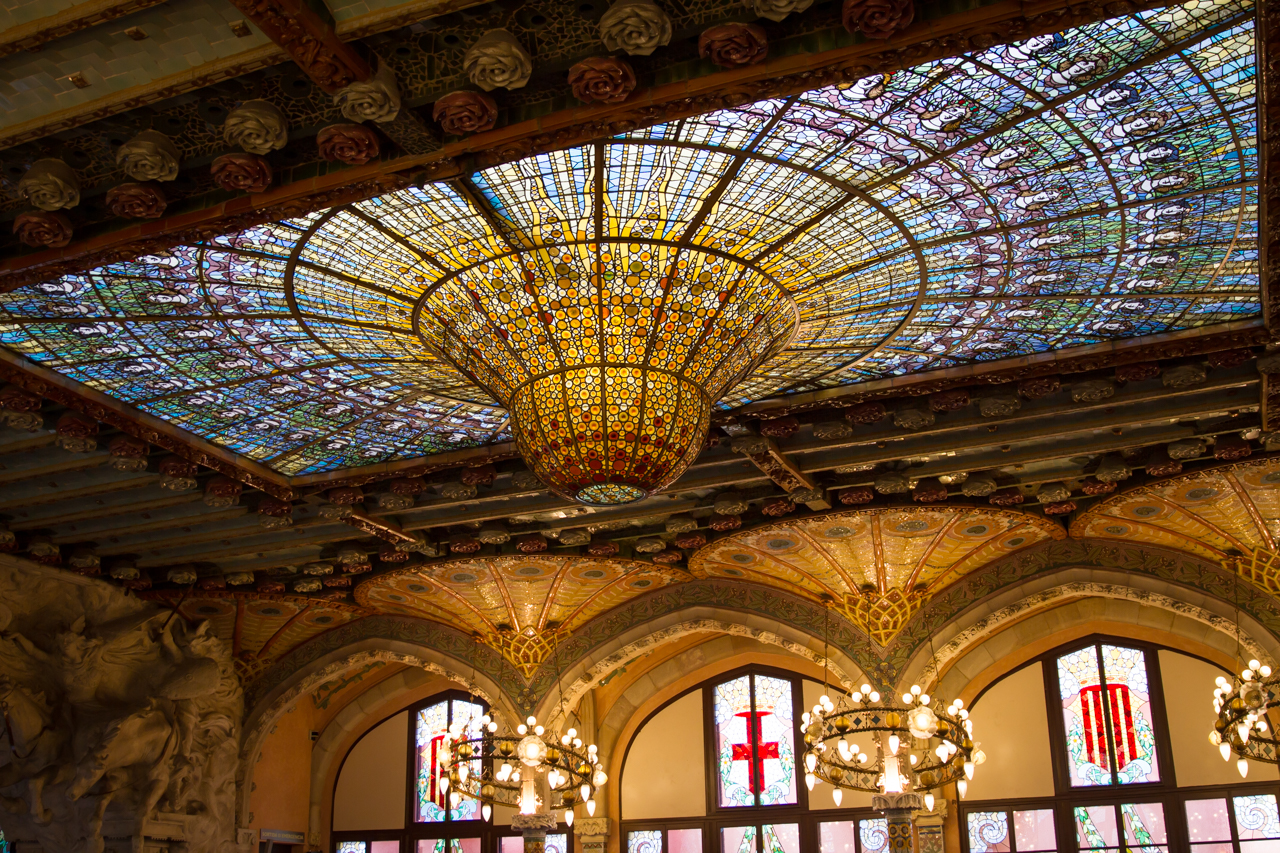 Both days were packed with inspiring talks and left me with new ideas and techniques to munch on later in the office. I have decided to give you couple of highlights and post the full list of speakers below with links to their slides and videos, so you can check them out yourself. Last doesn’t mean least and you should definitely check them all out!

The first day kicked off by Chris Coyier (the founder of CSS-Tricks and co-funder of Codepen) teaching us lot of useful stuff about the "Wonderfull world of SVG".

"SVG is so hot right now. Invest in SVG"

Even though svg has been around for the last 15 years, only lately it has become acknowledged by the front-enders as a format which has a great impact on file size and performance.

Chris has explained what type of images are suitable for SVG and what are not. They are particularly good for icons as the shapes for icons are generally simple and thus the files size is tiny. It’s not very suitable for more complex images as complexity makes them gain on size.

"Why send pixel data when you can send geometry?"

He taught us how to get the file size as small as possible when exporting them from Illustrator, Photoshop and Sketch. I particularly liked the feature in Sketch which exports a couple of .png fallbacks at the same time, which is pretty helpful for your srcset tags.

You can use lot of different build tools that help you to delivery PNG fallbacks for older browsers like Grunticon.

For me the SVG icon system was the highlight of the talks and a great discovery. It could easily replace our css sprites and icon fonts. IconMoon has a great tool that can help us generating so called SVG sprites. 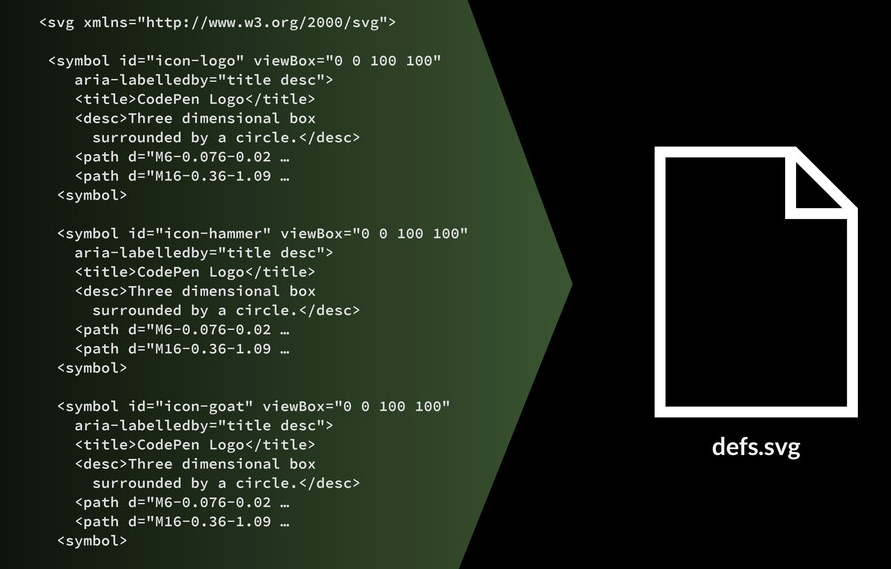 SVG can be also used in animations and CSS-Tricks website is a living proof of that:

You can find out more about SVG implementations in Chris's slides or in his SVG mega post.

We’ll teach you everything we don’t know

Another awesome talk I would like to mention was from Andrew Tider & Jeff Greenspan. Andrew and Jeff are both creative directors based in New York City and they have some "kick ass” ideas.

One of their many inspiring art projects is “We Are Always Listening” where they have operated as (unofficial) NSA (National Security Agency) subcontractors for a year, affixing tape recorders under tables in cafes, bars and restaurants in hopes of finding and thwarting terror plots.

Why?! Simply because nobody seems to mind giving up their privacy to NSA. Many US citizens (and worldwide too) think "I haven’t done anything bad, I have nothing to hide!”. Until the point when your very private conversations are recorded and published. Check out more about this project on their website wearealwayslistening.com.

And what the TV news have to say about their piece?!

There are many other brilliant ideas they have come up with. I would recommend checking out their portfolios and hopefully soon I can update this post with the video from they talk. It’s worth watching!

Smashing conference was a great mix of knowledge sharing, design, art and networking. I’m definitely feeling inspired and learned something new from every talk. Smashing team has once again confirmed the value of their name... truly smashing! If you have never attended one of their conferences and want to get an idea what it is all about, you can check their videos on vimeo. They should be uploading Barcelona talks soon, stay tuned!

Joe Leech "How to Design with Science without losing the Magic"

Espen Brunborg "Graphic Design in the 21st Century: Is the Internet Killing Creativity?" Quote of the day: "F**k the rules!... (Responsibly)"